The guys over at Epic Rap Battles are well known for their lyrical talents and we’re all excited to see new stuff from them this year. In one of their recent projects, they’ve pitted the mad tyrant against the man who became death itself. Thanos comes off with steady rhymes, but Nice Peter’s impersonation of J Robert Oppenheimer is something from the History Channel. 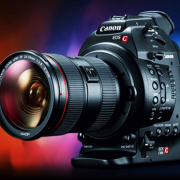 Thanks so much for checking out Digital Break! I love fandoms, science fiction, and tons of other stuff I never make time for. Now I have an excuse to stay up to date. More awesome to come!

Get The Latest News

By subscribing you're helping us.

The Hunt for Bubba Truth

Looking Back on The Tron Films

Gamers Step Up To Help One of Their Own